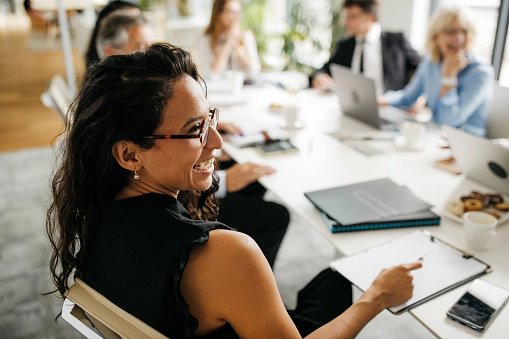 FACTS OF THE CASE

On 20 December 2016, a telesales clerk, identified as “JL”, in the Checkers Food Services division was assisting her general manager, identified as “KB”, to access the status of an order of a particular client on a computer[3]. JL alleged that while she was standing and operating the computer, KB slapped her on her left buttock and giggled thereafter.[4] The following day, JL’s lawyer lodged a grievance, and Shoprite investigated the allegations.[5] The regional personnel manager interviewed JL, KB as well as other potential witnesses.[6] The regional personnel manager also submitted KB and JL to a polygraph test.[7] The investigations concluded that there was no conclusive evidence to prove that KB was guilty of sexual harassment[8] and JL was subsequently suspended on charges of falsely accusing KB of sexual harassment pending disciplinary investigations against her.[9]

The arbitrator found that Shoprite had failed to prove that it had provided its employees with information about what constituted sexual harassment, how it should be reported and the process to be followed if such a report was made.[10] It was also held that Shoprite had handled the grievance incompetently and failed to consider an informal procedure, which would have been the most effective in resolving the issues in the circumstances.[11] Shoprite’s approach to the investigation and the conclusion that there was “no evidence” to sustain JL’s allegations led the arbitrator to conclude that Shoprite was liable for this in terms of section 60 of the Act.[12]

Shoprite appealed against the findings and award of compensation for the unfair discrimination claim based on sexual harassment and sought to review the findings made and the relief awarded related to the unfair suspension and constructive dismissal claims.

The Labour Court assessed the jurisprudence relating to sexual harassment in the workplace and found that the failure of an employer to take all reasonably practicable steps to ensure employees do not contravene the Act is not a separate basis for holding such employer liable for sexual harassment, but if the employer has taken all reasonably practicable steps, it can raise this as a defense.[13]

The Labour Court found that even though Shoprite did act promptly, and the investigation was reasonably thorough, Shoprite failed to take the necessary steps in a manner that treated both parties to the complaint even-handedly and appropriately[14] in the following respects:

The Labour Court further found that the decision by Shoprite that no conclusion could be reached because there were two irreconcilable versions of the event and no independent corroboration, meant that KB and JL’s versions were not subjected to any scrutiny.[20] A frequent complaint in sexual harassment complaints is that there are no witnesses to the event except the complainant and the alleged harasser.[21] At the very least, Shoprite should have provided an opportunity to both parties for their versions to be tested.[22] Accordingly, Shoprite did not do what was reasonably necessary in the circumstances to address JL’s sexual harassment complaint.[23]

The court dismissed Shoprite’s appeal against the arbitrator’s findings that JL was sexually harassed and that it should be held liable under section 60.[24] The court upheld the arbitrator’s findings that JL’s suspension was substantively unfair.[25] The court further ordered Shoprite to implement a sexual harassment policy and to develop a programme to inform its employees thereof.[26]

Like Loading...
PrevPreviousThe Admissibility of hearsay evidence in PRASA matters
NextLawfully Keeping your Pet in your Sectional Title Unit: The Unreasonableness & Unequal Application of a One-Size-Fits-All ApproachNext