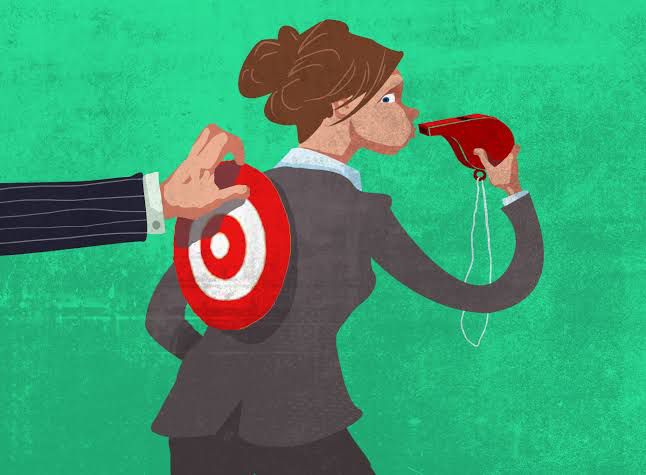 In the case of Chowan V Associated Motor Holdings (Pty) Ltd And Others [2019] Jol 42321 (GJ), the issue in Dispute was whether an individual who suffered occupational detriment due to making a protected disclosure was permitted to make use of civil law delictual liability claims to vindicate her rights for economic damages.

The Facts of the Matter

The facts of the matter are that Miss Adila Chowan (Chowan) the Group Financial Manager of Associated Motor Holdings (Pty) Ltd (AMH), a subsidiary of Imperial Holdings Ltd, lodged a grievance against Mark Lamberti, Chief Executive Officer (CEO) of AMH, with the Chairman of the Imperial Group, Mr Gcabashe, after being overlooked for various promotions, being racially discriminated against and after being told that she was ‘a female, employment equity’ person and would never be promoted to the Chief Financial Officers (CFO) position.

The Chairman of the Imperial Group acknowledged Chowan’s grievance. He stated that even though Chowan did not follow the provisions of the Grievance Procedures and her grievance could therefore not be considered as part the procedure, he would continue to launch an investigation into her allegations.[1] Shortly after the grievance was lodged Chowan was informed that in order for a proper investigation to be conducted, she would have to be suspended until finalisation of the investigation.[2] No reasons were provided to Chowan, as the complainant, regarding why she was summarily suspended and not Mr Lamberti who made the discriminating comments. [3] The Imperial investigation found that Chowan’s allegations were without foundation and devoid of substance.[4] Miss Chowan was also informed that AMH would draw up disciplinary charges against her because her actions constituted misconduct and an abuse of the grievance procedure.[5] Chowan was subsequently dismissed.[6]

Application to the High Court for Damages

Chowan instituted proceedings against AMH, Imperial Holdings and Mr Lamberti in the South Gauteng High Court. Chowan pleaded that she suffered pure economic loss (acquilian action) due to the wrongful and intentional acts of the Defendants. She pleaded in the alternative that AMH had repudiated the employment contract between itself and Chowan and that the Defendant’s actions led to reputational damage and injury to her dignity.

The Defendant’s countered Chowan’s case with various arguments being: (i) that Chowan did not make a Protected Disclosure but rather only lodged a grievance which did not contain bona fide disclosures of impropriety; (ii) the disclosure was not made with a reasonable belief of the truthfulness of the information; (iii) Chowan did not report through the appropriate reporting channel but instead lodged a grievance with the chairperson; and (iv) the disclosure which Chowan relies on falls under section 9 of the Protected Disclosures Act 26 of 2000 (PDA) and thus requires that the disclosure not be made for the individual’s personal gain.[7]

Judge Meyer explained that Chowan’s disclosure was made to an employer and thus section 6 of the PDA and not section 9 found application in the case.[8] The Judge stated that since section 6 was applicable the ‘not for personal gain’ requirement did not apply to Chowan’s disclosure. Judge Meyer further asserted that the procedure that Miss Chowan followed was consented to by the Chairman and the CEO of AMH and was thus ‘authorized procedure’.[9] Furthermore, Judge Meyer found that the information Chowan provided to the Chairman regarding Mr Lamberti’s comments was information which showed unfair discrimination as contemplated in the Promotion of Equality and Prevention of Unfair Discrimination Act 4 of 2000 (PEPUDA).[10]

The Defendant’s further argued that the Aquilian action should not be extended to this type of protected disclosure matter to import wrongfulness and fashion a remedy for Chowan. Advocate Cassim, counsel for the Defendant’s, argued that ‘there are a variety of tailor-made avenues available to persons in Chowan’s position through which to seek remedies, such as the Labour Relations Act 66 of 1996 (LRA) and the Employment Equity Act 55 of 1998 (EEA)’.[11]

Judge Meyer found against the above argument and cited Gcaba v Minister of Safety and Security and Others[12] in which it is highlighted that the same conduct may violate different constitutional rights and give rise to a different type of action in law to be pursued in different forums. It was also stated that areas of law are labelled or name for the purpose of systematic understanding and not necessarily based on fundamental reasons for separation and ‘therefore, rigid compartmentalization should be avoided’. In Gcaba at paragraph 73, it was also stated that the LRA does not intend to destroy causes of action or remedies and the section 157 should not be interpreted to do so.

In Gcaba at paragraph 73 it was further stated:

“Where the Judgement of Ngcobo J in Chirwa speaks of a court for labour and employment disputes, it refers to labour- and – employment-related disputes for which the LRA creates specific remedies. It does not mean that all other remedies which might lie in other courts like the High Court and Equality Court, can no longer be adjudicated by those courts. If only the Labour Court could deal with disputes arising out of all employment relations, remedies would be wiped out, because the Labour Court (being a creature of statute with only selected remedies and powers) does not have the power to deal with the common law or other statutory remedies”.

Judge Meyer highlighted that courts have refused to extend the aquilian action to cover certain instances because of the high probability that allowing such would lead to the unnecessary duplication of actions, but the courts have always been prepared to consider an action for pure economic loss where such loss is caused intentionally.[13] Judge Meyer further examined the PDA and highlighted that the PDA does not expressly exclude civil remedies such as the acquilian action as asserted by Chowan. He further highlighted that section 4(1)(b) of the PDA provides that an employee who has been subjected to an occupational detriment may pursue any other process allowed or prescribed by law.[14] Judge Meyer concludes by stating that the case is a classroom example of an appropriate case where delictual liability should be imposed since there are ample public policy reasons in favour of imposing liability. Judge Meyer goes further and states that ‘if employers are too easily insulated from claims for harms, such as the occupational detriments to which Chowan was subjected to on an account of having made a protected disclosure to her employer, they would have little incentive to conduct themselves in a way that complies with the provisions of section 3 of the PDA’. Judge Meyer found that AMH’s conduct is sufficiently linked to the harm suffered by Chowan for legal liability to ensue and that AMH is therefore liable for payment of the delictual damages proven by Chowan.[15]

The Ratio created by this Case

The Ratio created by this case is that individuals who suffered occupational detriment by their employer due to making a protected disclosure may use delictual remedies to claim for pure economic loss in the High Court. Protected Disclosures matters are not necessarily limited to the forum of the Labour Relations Court.