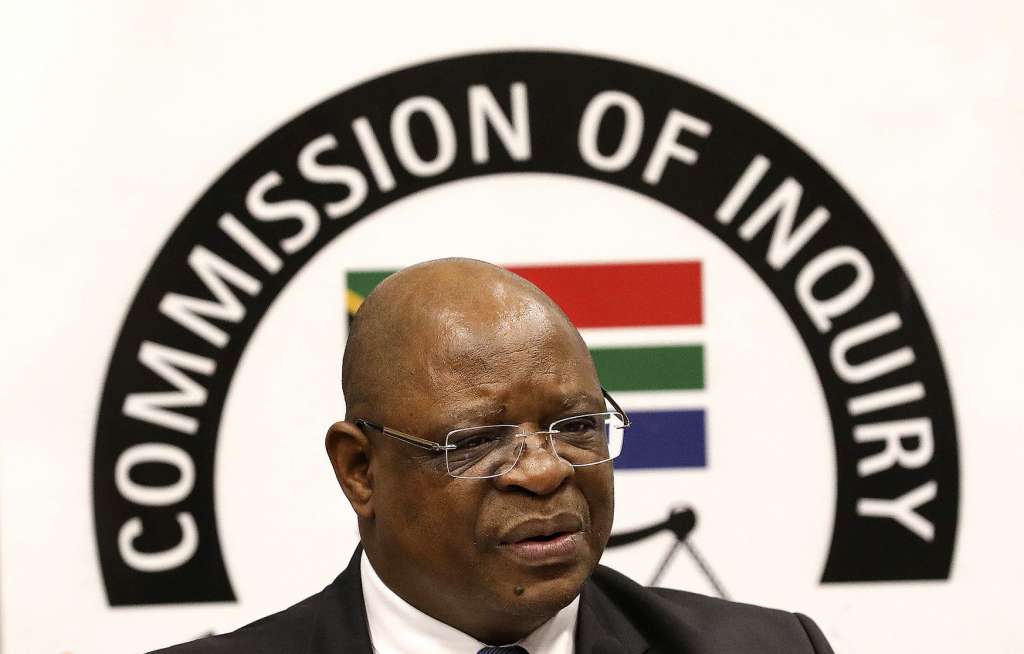 In April 2021, the Active Citizens Movement (ACM) provided recommendations to the Zondo Commission of Enquiry which set out proposed amendments to the Protected Disclosures Act 26 of 2000 (as amended). These recommendations sought to promote the better protection of whistleblowers in South Africa.[1]

The submission was made after several State Capture Whistleblowers such as Bianca Goodson, Atholl Williams and Mosilo Mothepu testified at the State Capture enquiry. The strife and challenges of whistleblowers in South Africa were highlighted by these individuals’ testimonies. It prompted President Cyril Ramaphosa to remark in his closing statements at the Zondo Commission that, ‘Whistle-blowers have not had a great time in our country. Once they blew the whistle, they have been subjected to enormous pressures. Pressures that have affected them personally, professionally, career-wise and also has affected their own households.’[2]

LHL Attorneys has reviewed the recommendations submitted by ACM[3] and expanded on certain issues. The recommendations made by the ACM can be categorised into recommendations related to (i) Financial Assistance or Incentives, (ii) Legislative Changes and (iii) Personal Support and Safety.

An unfortunate consequence of making a protected disclosure is that an individual’s employer, be it a company or state organisation, often subjects the disclosing individual to occupational detriment in the form of marginalisation from business functions and continuous victimisation both inside and outside the workplace. Within the workplace occupational detriment occurs in various forms including being subjected to disciplinary action, being dismissed, suspended, demoted, harassed or intimidated, being transferred against his or her will and being denied promotion or appointment to any employment, profession or office[4]. These types of occupational detriment clearly have affected the disclosing individuals’ employment and may lead to loss of income in addition to the psychological trauma he or she encounters.

Many South African whistleblowers have highlighted that they were subjected to an occupational detriment, suffered a loss of income and then were expected to cover exorbitant legal costs in an attempt to vindicate their rights.

The ACM recommends setting up a fund with the recovered stolen monies, for the benefit of whistleblowers. This incentive recommendation is similar to a piece of legislation in the United States (US) known as the False Claims Act (FCA). The FCA allows both individuals and companies to institute an action on behalf of the US government if they have knowledge of fraud against the federal government[5]. The FCA incentive provisions, otherwise known as its qui tam provisions incentivises whistleblowers to report fraud by offering a percentage of any reward recovered from a successful lawsuit to the whistleblower. The percentages usually range between 15-25%, which in some cases provides a whistleblower with a strong incentive to highlight malfeasance, corrupt activities or improper conduct.

By inserting this type of provision, the US government is acknowledging that it lacks the information and resources to pursue all claims submitted to it. It highlights that private citizen whistle-blowers are an important resource to provide evidence of corruption and fraud.[6] When one appreciates the high rate of corruption in South Africa, it is fair to remark that the South African Government is clearly in a similar situation. The Zondo Commission has highlighted that many public and private organizations are involved in high-level corruption which can only be exposed by those who are aware of the intricacies. A South African incentive fund would create a safety net for those whistleblowers concerned about suffering a loss of income and who often feel deterred by the costly exercise of litigating against institutions and entities with substantial financial resources and sometimes notable influence in the corporate and political spheres.

The ACM has also recommended that the government create an appropriate funding mechanism to cover the legal costs of whistleblowers. LHL acknowledges that the traditional billing structures of some law firms may lead to exorbitant costs charged to a whistleblower. However, there already exist various mechanisms which law firms may implement to regulate or limit the legal costs to these types of clients.

The Contingency Fees Act 66 of 1997 allows the whistleblower, as a client, to enter into a contingency fee agreement (CFA) with the relevant attorney. The CFA should provide that the attorney will not recover fees from the client unless the client’s claim is successfully or partially successfully litigated. This type of agreement permits the attorney to only recover the lesser of (i) 25% of the total judgment amount or (ii) a success fee that may not exceed the attorney’s attorney client fees by 100%. Thus, the whistleblower will only need to pay a capped amount of legal costs to his or her attorneys if the litigation is successful. This type of fee agreement when implemented properly may assist whistleblowers to litigate a matter that their attorney strongly believes will be successful since the attorney also has “skin in the game” and generally agrees to cover the disbursements linked to the matter.

A whistleblower may also approach organisations like the Legal Aid Board[7], Pro Bono.Org[8] and various university law clinics to assist in funding their claim against a company or organization.

The ACM has also made various recommendations to amend the legislation or legal framework which governs protected disclosures in South Africa. It is important to note that the Protected Disclosures Act (PDA) is not the only legislation that deals with whistleblowing. Both the Companies Act[9] and the Labour Relations Act[10] have specific provisions which deal with disclosures and the remedies disclosing individuals can use to seek recourse.

The ACM has recommended that legislation should broaden the definition of a whistleblower. It is unclear to which exact piece of legislation the organization are referring to. Currently, the PDA does not define what a whistleblower is but does define a ‘disclosure’. In terms of the PDA, a disclosure means ‘any disclosure of information regarding any conduct of an employer, of an employee or of a worker of that employer, made by any employee or worker who has reason to believe that the information concerned shows or tends to show…’ improper conduct.[11] The definition covers all persons who work or worked for another person, company or state organ and who received remuneration from the entity. The definition does not cover independent contractors.

A majority of protected disclosures matters are currently heard in the Labour Courts. ACM has recommended that the judiciary make provision for a specialised court for protected disclosures cases and remove it from the ambit of the Labour Relations Court. LHL endorses this recommendation. The litigation process in the labour court is governed by the Labour relations Act which limits the remedies to which whistleblowers are entitled.

In terms of the LRA, a disclosing individual who has suffered occupational detriment at the hands of his or her employer is only entitled to claim a maximum amount of compensation equal to 24 months of their salary on the date of dismissal[12]. This compensation sometimes does not even cover the individual’s legal costs. LHL argues that the general civil courts provide a suitable forum in which protected disclosure cases can be litigated. However, we also endorse the view that a specialised court should be set up which is governed by the provisions of the Protected Disclosures Act read together with the Companies Act and the Labour Relations Act. This would allow for disclosing individuals to claim a broader range of remedies.

We also further promote ACM’s suggestion of introducing fines and penalties for employers found guilty of harassing and intimidating whistleblowers. Such fines should be paid by the specific wrongdoers in their personal capacity in order to dissuade unethical corporate conduct. The Companies Act does provide that directors of companies may be held personally responsible when he or she has been a party to an act or omission by the company whilst knowing that the act or omission was calculated to defraud a creditor, employee or shareholder of the company, or has another fraudulent purpose.[13] An employee who suffered occupational detriment despite the directors being aware of the improper conduct might be able to use the avenue to sue the director for delictual damages. However, employees of state organs do not have this right of recourse. If the government implemented fines and penalty structures for organs of state managers and directors it might provide a form of justice to the whistleblowers.

The ACM further recommended that the government needs to formulate a code of conduct for companies and state departments to standardise and regulate the processing of whistleblower complaints and the fair treatment of whistleblowers. The PDA in section 3B sets out a procedure that individuals and bodies should follow when a protected disclosure is made. The procedure set out in section 3B provides a detailed timeline for feedback and the investigation procedure, but it assumes that the body would not subject the employee disclosing the information to some form of occupational detriment. Standards and procedures should be set out for when a body is informed of the occupational detriment suffered by an employee and should provide how the body should investigate the occupational detriment and provide witness support to the disclosing employee. A national code of conduct would also provide more guidance to bodies on how to act when dealing with disclosing employees. Currently, only private institutions have advanced their own internal codes of conduct.

Finally, ACM recommends providing witness protection mechanisms for whistleblowers and emotional support. From LHL’s experience of working with whistleblowers, we understand the need for emotional and psychological support that a whistleblower requires as it is an extremely traumatising experience. Many individuals who blow the whistle some variation of corruption are threatened, harassed and bullied in such a way that it undermines their dignity, self-belief and professional reputation. The Fund highlighted by the ACM should make provision for a safety budget afforded to whistleblowers to ensure their safety, security and to ensure their evidence is recorded as early as possible, thus ensuring a mitigation of loss of crucial evidence.

The ACM has made some insightful recommendations regarding the protected disclosure landscape in South Africa, many of which LHL is in agreement with. However, LHL encourages individuals to also build on the existing legislative framework that currently exists in South Africa, utilising the PDA, the Companies Act and common law to formulate their cases.

Moreover, the judiciary should be amendable to hearing cases which pertain to protected disclosures in civil High Courts, as the remedies that a litigant has at his or her disposal is far greater than the narrow legislated remedies one would find in the Labour Courts.

[3] That were available in the media.

[11] Section 1 of the PDA, definition of disclosure.

Like Loading...
PrevPreviousLegal Routes available to those wanting to blow the whistle
NextThe effects of Traumatic Brain Injuries on WomenNext