Approaches to advancing long-termism at the negotiation table 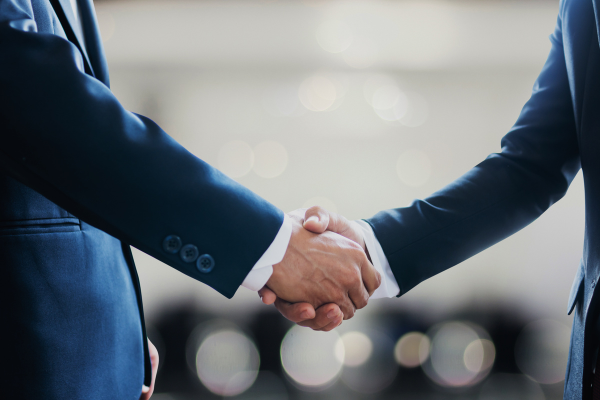 APPROACHES TO ADVANCING LONG-TERMISM AT THE NEGOTIATION TABLE

The cardinal rule of negotiations is to prepare and prepare well in advance. Negotiation strategy is somewhat akin to strategies of combat. Tactical preparation, researching your opponent and ensuring all your bases are covered are all mandatory aspects of the preparatory process. An important element of preparation pertains to the theoretical approach one adopts as the narrative of her negotiation strategy. This paper suggests that a long-term approach to FDI within the realm of corporate governance has the potential to become a key theoretical framework from which further leverage can be garnered by African countries. One might be intrigued to know what long-termism is and how a theoretical plinth can be used to engender a more favorable developing-country negotiation position.

While the future of corporate governance remains unclear, there has been an ideological shift among boards, CEOs and investors as to the ethical and moral standards of companies. Increasingly, shareholders who invest in companies and the directors who manage the business and operations of the company are beginning to view companies as integral players in society, as “corporate citizens” who owe a duty not only to its shareholders, but also to the society, environment and economy in which it operates.[1] Laurence Fink, the Chairman and chief executive officer (CEO) of the largest asset manager in the world, BlackRock, joined a growing chorus of influential businesswomen and businessmen when he acknowledged that “[s]ociety is demanding that companies, both public and private, serve a social purpose. To prosper over time, every company must not only deliver financial performance, but also show how it makes a positive contribution to society”.[2] Fink is alluding to a company’s social license to operate, a term that has been bandied within many board rooms, but until now, carried very little substance and clarity.

Leading economists, such as Joseph Bower and Lynn Paine from Harvard Business School also add both an empirical and academic perspective to the growing lexicon of long-termism. Bower and Paine argue that a company-centered model of management[3] is critical to a “company’s health”.[4] Their central proposition is that short-termism hinders true economic growth, particularly in the fields of innovation and research & development (R&D).[5] The economists venture an uncharacteristically political, but astute, proposition: that corporations must have ethical and moral standards if they wish to genuinely engage with all their constituencies, including the society at large.[6] This is amplified by the unavoidable reality that “corporations are embedded in a political and socioeconomic system”[7] which demands that the boards of these corporations ensure the sustainability of the community and environment in which they operate.  Fink aptly summarizes long-termism and the corporation’s concomitant “social license to operate” as follows:

“Without a sense of purpose, no company, either public or private, can achieve all of its full potential. It will ultimately lose the license to operate from key stakeholders. It will succumb to short-term pressures to distribute earnings, and, in the process, sacrifice investments in employee development, innovation, and capital expenditures that are necessary for long-term growth. It will remain exposed to activist campaigns that articulate a clearer goal, even if that goal serves only the shortest and narrowest of objectives.”[8]

The concept of the long-termism has, surprisingly, been codified in some African jurisdictions – creating a “hard law” framework from which legitimacy can be referenced. For example, in South Africa all companies’ operations are subject to the statutory framework of the Companies Act, No. 71 of 2008 (Act). An important, and often overlooked, provision of the Act relates to the purpose of the Act, set out in Part B, section 7. The Act’s purpose is to, among others, (i) “promote the Bill of Rights as provided for in the Constitution, in the application of company law”; (ii) “promote the development of the South African economy by encouraging entrepreneurship and enterprise efficiency” and (iii) “reaffirm the concept of the company as a means of achieving economic and social benefits”.[9] Notwithstanding the purpose which section 7 of the Act advocates to the entities it regulates, multinational companies’ shareholders, that have had, little regard for the wellbeing of African socioeconomic ecosystems, continue to disregard the truth and value of long-term approaches to corporate governance, leading, in some cases, to the forfeiture of their social license to operate.[10]

A central theme which caused western corporations to forfeit their social license to operate in the developing world can be attributed to the academic output by corporate legislators, finance experts and economists, who espoused the “agency theory” promoted by Milton Freidman.[11] The agency theory endorses the TSR notion that shareholders, by virtue of their position as owners of shares in a company, have presiding authority over its business.[12] The agency theory diminishes the role of the board and its CEO to that of agents, acting at the behest of shareholders as their principals.[13] This results in FDI flows being directed to Africa, with the sole objective of returns on investments being allocated to the foreign shareholder, with little to no regard being had to other stakeholders of the company based in an African country. The erroneous assumption that foreign shareholders have a vested interest in the long-term growth and sustainability of a company and all its stakeholders is a far cry from the pernicious practices of many multinational companies, particularly in the minerals (mining), metals and forest-based industries throughout Africa. There are several reasons why premising shareholder interests above a multiplicity of stakeholder interests can lead to companies, which are supposed to act as responsible corporate citizens, becoming exploitative actors in developing societies. Consider the following:

The culture of shareholder primacy has set and, unfortunately, continues to define the underlying philosophy of international business negotiations.  Moreover, it dictates what directors deem to be their purpose and mandate when running the business of companies in developing countries. As a result of this omnipotent culture, the product of negotiations, ostensibly a suite of agreements, is reflective of the sole objective of returning wealth to shareholders domiciled in developed countries, whilst remaining absent terms and provisions which safeguard and promote domestic economic development and environmental preservation.[15] This is exacerbated by boards and managers being placed under increasing pressure to deliver faster, more predictable returns to shareholders, whilst eschewing investment projects aimed at creating sustainable practices, developing communities, adding value to its employees and curating long-term solutions to African and other developing economies.[16]

HOW EMERGING MARKETS SHOULD POSITIONS THEMSELVES

With the ever increasing scarcity of resources and growing competition for access to African markets, companies seeking to do business in Africa can no longer adopt a Miltonian approach to FDI, where the “only one social responsibility of business [is] to use its resources and engage in activities designed to increase its profits…”.[17] More importantly, negotiation teams from developing countries need to insist on the principle of long-termism as the formative philosophy that guides the narrative of negotiations. It is from this viewpoint that wagers, and desired corollaries advanced by developing country negotiation teams enter the realm of rationality and become realistic to the minds and conscience of multinational corporation representatives. At this stage the reader may be prompted to question how a theory and its normative application could lead to any tangible change to African economies? The paper advances a brief account of the potential benefits that will arise should the theoretical concept of long-termism be used as the framework and narrative underpinning international business negotiations.

[3] A company-centered model of management implies a management system where directors of the board act as fiduciaries to the company and its various stakeholders, as opposed to acting as agents to the company’s shareholders.

[10] See section 66(1) of the Companies Act, No. 71 of 2008. A plethora of cases come to mind regarding a multinational’s failure to uphold covenants of its social license to operate. Perhaps the most recent and tragic example is that of the “Marikana Massacre” in South Africa. For further reading on this case, see: C Twala, The Marikana Massacre: A Historical Overview of the Labour Unrest in the Mining Sector in South Africa, (Last accessed: 27 January 2018) and D Bruce, Summary and Analysis of the Report of the Marikana Commission of Inquiry, (Last Accessed 27 January 2018).

[11] M Friedman, The Social Responsibility of Business is to Increase its Profits, NYT Magazine, September 13, 1970, p.1.

[17] M Friedman, The Social Responsibility of Business is to Increase its Profits, NYT Magazine, September 13, 1970, p.5.

Like Loading...
PrevPreviousLegal Routes Available to Those Who Have Been Sexually Harassed in the Workplace
NextOperational efficiency and sustainability in the Cold Chain IndustryNext 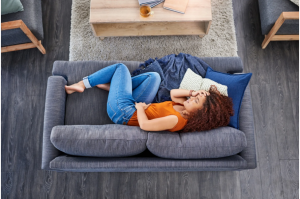 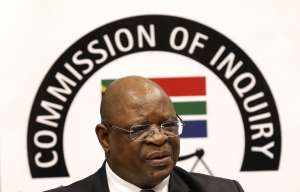