A Slap to SLAPP Suits 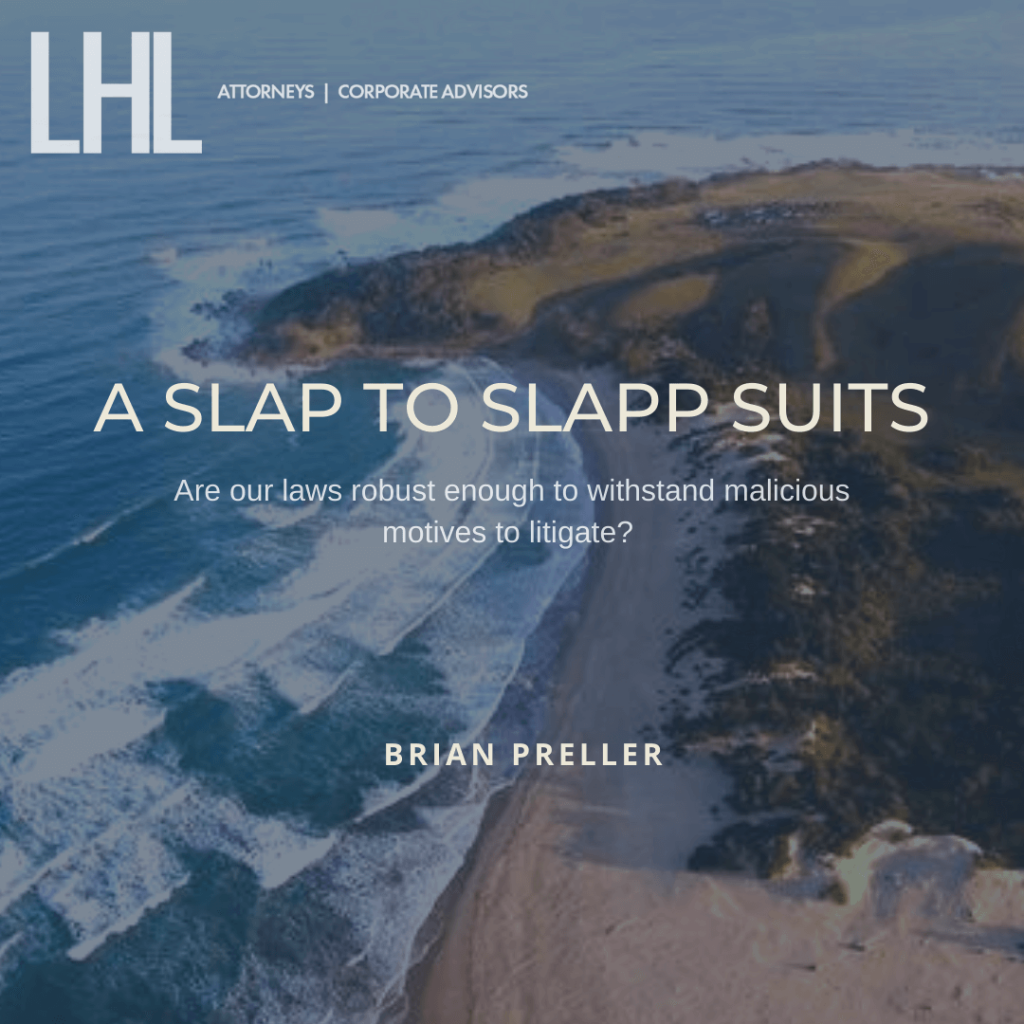 At the dawn of South Africa’s constitutional democracy principles of participatory rights and the dictates of fair access to South Africa’s judicial system were weaved into the fabric of our society. South Africa’s judicial system has espoused the importance of ordinary individuals having access to courts and ultimately justice handed down by an impartial and revered judiciary. One may argue that South Africa’s voyage toward a constitutional democracy, one which speaks truth to the Constitution and the Bill of Rights, has been hindered by the increasing instance of strategic lawsuits against public participation (SLAPP) suits finding their way into the hallways and court rooms of South Africa’s judicial system. SLAPP suits defy the assumption that a plaintiff approaches the court in good faith seeking restitution against a defendant, and moreover disarm the plaintiff through the opposing party’s financial resources, summoned to dissuade a plaintiff from proceeding with an action or motion to obtain some degree of justice.[1] We explore the negative impact SLAPP suits have on South Africa’s constitutional project and the need for courts to be alive to the role past and current inequities and financial privilege play in our society.

SLAPP stands for Strategic Lawsuits Against Public Participation. It is litigation that is intentionally designed to exploit endemic power dynamics between the private sector and civil society to stifle public debate and dissent in matters that are inherently of public interest through the courts.[2] Simplistically speaking, a SLAPP suit is a frivolous legal claim brought by well-resourced entities and individuals that seek to intimidate and silence opposition to their interests.[3] These lawsuits pose an ever-present danger to freedom of expression and administrative justice globally. Whilst legal costs are written off as an expense of doing business for corporations, such expenses and the looming threat of a damages claim are financially crippling to the likes of community activists, non-profit organizations, civil society and individuals.[4]

Whilst SLAPP suits have been a long-standing phenomenon in foreign jurisdictions, particularly in the United States, they are a relatively new challenge for the South African legal system. This all came to light in the case of Mineral Sands Resources and Another v Christine Read and Others[5] when our courts had to grapple with the issue of a SLAPP suit in the context of our legal jurisprudence. It is no secret that South Africa is home to immense natural beauty and wildlife. It is worth underscoring that the mining industry, as has been noted from foreign cases, generates the perfect storm for the institution of a SLAPP suit. The industry is highly lucrative, with an estimated global value in excess of $1.64 trillion,[6] whilst simultaneously being destructive to the environment and harmful to the health of residents situated near mining locations. There are thus polar-opposite interests at play with similarly unequal resources giving rise to a scourge of claims against civil society and the rights of citizens to freedom of speech and public participation.

In Mineral Sands Resources and Another the defendants raised concerns in public forums regarding the mining practices of the first plaintiff relative to the wild coast and its environmental, ecological and economic impact on the development of the area.[7] The plaintiff responded in turn with defamation suits requesting damages ranging from R500 000.00 to R10 million against the defendants.[8]

It was argued by the plaintiff that motive is irrelevant to the substance of litigation, however, the court found through an analysis of case law that motive is relevant insofar as courts maintain the inherent power to prevent frivolous or vexatious proceedings when they amount to an abuse of its processes.[11] Furthermore, the court recognised the grave injustice that defamation suits of this variety may cause as they turn on the suppression of opposing rights such as freedom of expression, administrative justice and particularly in this case – the right of everyone to an environment not harmful to one’s health and wellbeing, and to have the environment protected from pollution and ecological degradation.[12] Free and open public engagement is of paramount importance and entities that conduct industry in the public domain should be open to the concept of bona fide criticism that is concerned with the underlying rights at stake as opposed to the interests of the corporation and its, oftentimes, far removed shareholders.

The inevitable conclusion before the court, as raised by the defendants and amicus curiae, was that this was a SLAPP suit. It was clear from the nature of the dispute that the plaintiff mining company had no interest in obtaining the relief sought in their pleadings but that their intention was rather to weaponize the justice system and intimidate not just the litigants in the present matter, but to discourage others from speaking out on this issue of public importance.[13]

‘It appears that the defamation suit is not genuine and bona fide, but merely a pretext with the only purpose to silence its opponents and critics. Litigation that is not aimed at vindicating legitimate rights, but is part of a broad and purposeful strategy to intimidate, distract and silence public criticism constitutes an improper use of the judicial process and is vexatious… SLAPP suits constitute an abuse of process, and [are] inconsistent with our constitutional values and scheme.’[14]

The question that we are left with is simple, are the current procedures sufficient to address further abuse of court processes by litigants whose disputes match the foundational makeup of a SLAPP suit? DJP Goliath noted that the absence of a legislative framework in South Africa poses a risk to civil society and may lead to successful SLAPP suits that compromise the interests of justice.[15] Presently, 30 of the 50 states in the U.S. have some form of anti-SLAPP legislation.[16] These measures place various restrictions on the ability of corporations or wealth individuals to bring defamation suits against activists with many placing an onus on the plaintiff corporation to justify its litigation and pay damages against defendants where they are unable to do so.[17]

WHERE SLAPP SUITS COME TO DIE

The danger of a SLAPP suit ultimately rests on the public interest matrix codified in South Africa’s Constitution, which is upheld at every turn by the apex court of our country; the Constitutional Court of South Africa. Corporate plaintiffs don’t win through court orders, but through the fear that the ever-present threat of litigation poses to those that might otherwise stand up against issues affecting them, their communities and the public interest. The prospect of litigation only has to instil enough fear in individual members of civil society and their livelihood so as to outweigh the influence of their voice as a collective through the justice system. Whilst civil society bears a powerful voice collectively, it requires the diminutive contributions of individuals. When each individual is faced with a major threat for their contribution to a larger movement, it outweighs these contributions – the result is a deafening and helpless silence.

As foreign direct investment floods into South Africa and the African continent, corporations will continue to expand their operations and expand the power divide between themselves and civil society. It is the duty of parliament and our courts to ensure that the voice of the public is not lost to the abuse of a system designed to facilitate the values engrained in our Constitution. Our Constitution recognises the will of the people and our courts have consistently advocated for freedom of speech and public participation in matters that concern them.[18]

Public relationships are in danger of being distorted by private power, and it is up to all of us to raise concern as civil society. Perhaps an appropriate quote to close can be found in the text of the case that is the subject of this article. ‘The right to freedom of expression, robust public debate and the ability to participate in public debates without fear is essential in any democratic society.’[19] Parliament would be wise to heed these words and enact legislation accordingly. It is not enough for SLAPP plaintiffs to lose, as described above, losing constitutes a victory in the world of SLAPP. The legislature should impose more than a proverbial slap on the wrist and move to dissuading the abuse of our justice system.

Like Loading...
PrevPreviousPrescription in Matters Where Sexual Offences are Implicated
NextLegal Routes Available to Those Who Have Been Sexually Harassed in the WorkplaceNext 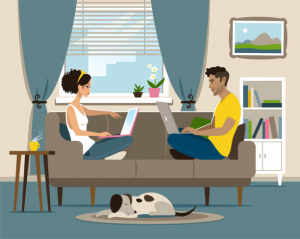 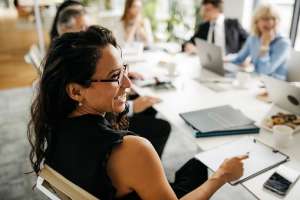