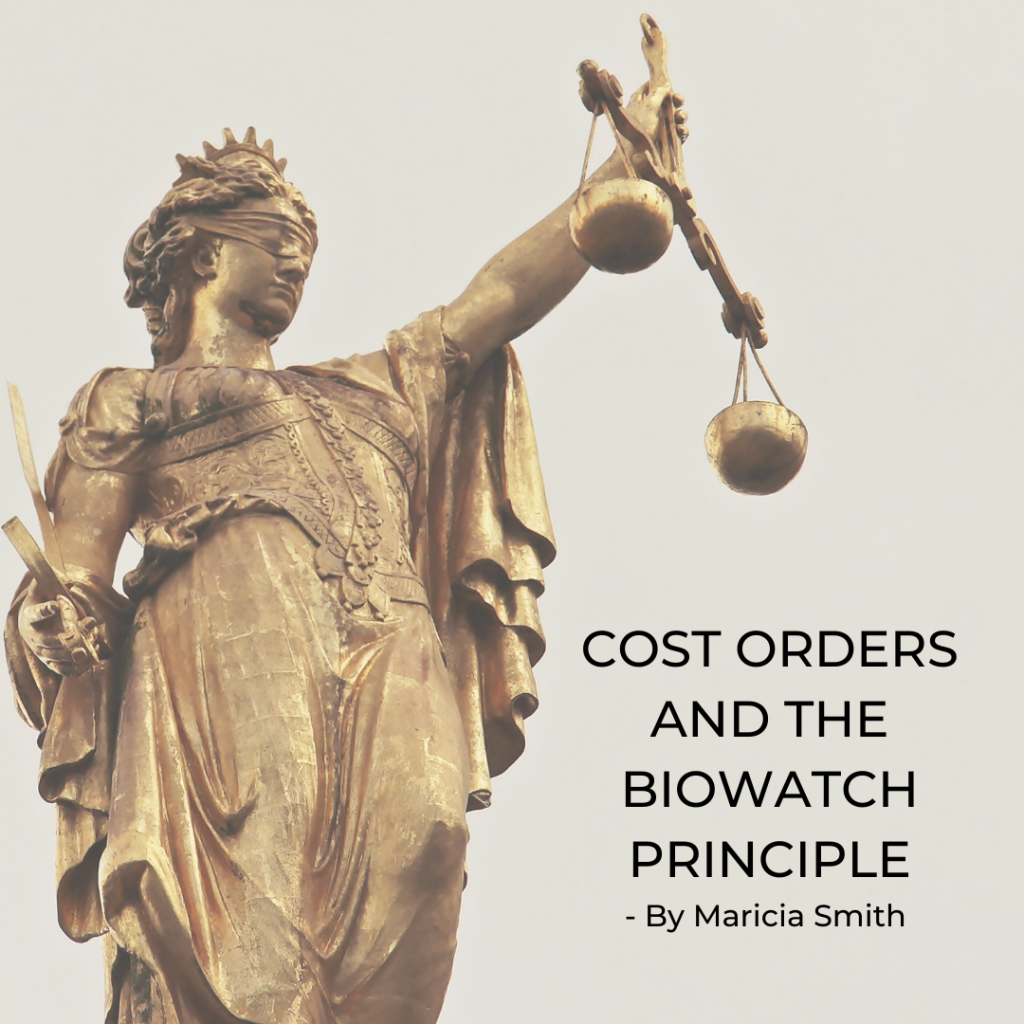 In litigation proceedings concerning damages awards, capital awards are always an important consideration even though cost orders usually come at the tail-end of judgments as appendages to decisions on the merits and quantum aspects of the matter.[1]

Over the years flexible principles have been established that guide the courts when deciding on cost orders. As held in Ferreira v Levin[2], the two main principles of the approach to costs are that a judicial officer who hears a matter has wide discretion to decide on the parties’ costs and that ‘costs follow the outcome of a case’. These are the two most well-known principles.

The ‘outcome of a case principle’ is an important guiding rule which litigants need to be aware of. This principle is applicable where a party to a matter has been substantively successful in bringing or defending a claim. That party is entitled to have a cost order made in its favour against the unsuccessful party. This means that the losing party will have to pay a substantial portion of the costs incurred by the winning party in addition to his or her costs of defending or pursuing the claim.[3]

In recent years, a new principle has started to gain more traction in our law. It is known as the Biowatch Principle. ‘The Constitutional Court, the Land Claims Court and the Labour Courts have adopted the principle that persons should not be deterred from enforcing their right because they fear that they will have to pay their opponent’s costs as well as their own costs if they do not succeed.’[4]

In the case of Hlatshwayo and Another v Hein[5], the Land Claims Court held that it does not regard itself as bound to follow the usual approach of the superior courts in awarding costs and that it will give due weight to the constitutional obligation to promote the fundamental right of access to the courts in such a way that legitimate litigants will not be deterred from approaching the court to have a dispute settled for fear of an adverse cost order.

In the Constitutional Court case of Biowatch Trust v Registrar Genetic Resources and others case,[6] costs orders took centre stage. The judgement by Sachs J deals with cost orders against public bodies or persons when they initiate litigation in defence of constitutional rights against the state.

The Biowatch Trust (the Trust) was an environmental watchdog that had sought access to information held by the Ministry of Agriculture and the Directorate of Genetic Resources. These agencies were entrusted with statutory responsibilities to oversee genetic modification of organic material in South Africa. The Trust had originally applied to the High Court to gain access to the information requested and the High Court had agreed that the registrar of Genetic Resources has not fulfilled various of his responsibilities. The High Court made several orders in the Trust’s favour. However, the High Court also made two orders against the Trust.[7]

First, the High Court decided not to make a cost order against the governmental agencies in the Trust’s favour because it was displeased at the Trust’s feeble attempts to request information from these bodies.[8]

From above it can be seen that the Trust had been successful in obtaining the information requested and obtaining orders against the government agencies but it had to pay all of its own legal costs and the legal costs of Monsanto. The Trust appealed to a full bench of the High Court and the SCA on the question of the cost orders. Both courts dismissed the appeal. The Trust then appealed to the Constitutional Court (CC).

The CC heard arguments from the first and second amici that presented opinions dealing with the deleterious effect that negative costs orders would have on the capacity of the public-interest law bodies to initiate litigation in defence of constitutional rights. The amici also emphasized the importance of facilitating public-interest litigation to protect environmental rights.

The CC held that when determining cost awards in constitutional litigation one should not start the enquiry by characterising the parties as – indigent or well endowed; NGO or private body; acting in own interest or acting in the public interest. Rather one should examine the nature of the issues and determine how a cost order would hinder or promote the advancement of constitutional justice.[10]

“Thus, litigants should not be treated disadvantageously in making costs and related awards simply because they are pursuing commercial interests and have deep pockets. Nor should they be looked upon with favour because they are fighting for the poor and lack funds themselves. What matters is whether rich or poor, advantaged or disadvantaged, they are asserting rights protected by the Constitution.”[11]

In examining the approach to be applied in matters between private parties and the State, Sachs J confirmed the general rule as espoused in the case of Affordable Medicines[12]. The general rule provided that an unsuccessful litigant in proceedings against the State ought not to be ordered to pay costs. ‘The rationale for this rule is that an award of cost might have a chilling effect on the litigants who may wish to vindicate their constitutional rights.’[13] However, in the same case, a further principle was established that if the government loses the matter, then it should pay the costs of the other side. While if the government wins, each party should bear its own costs.[14]

The Constitutional Court warned that the above principles are not unqualified. If an application is frivolous, vexatious or inappropriate the worthiness of its cause will not immunise it against an adverse cost order.[15] The court went further and stated that merely labelling the litigation as constitutional would not be enough to invoke the general rule. The issues in the matter must genuinely and substantively be of a constitutional nature.[16]

Thus, it is unlikely when taking into consideration the above judgement, that a Court would issue a cost order against a party in constitutional litigation if they had tried to vindicate their constitutional rights. At most the court would order them to pay their own costs in the matter.

It is interesting to note that the Biowatch principle was recently cited by the Pretoria High Court in the matter of Maoke v Telkom (SOC) Limited[17]. The High Court highlighted that the Constitutional Court recently reaffirmed that the Biowatch principle is not confined to litigation involving the state in the narrow sense of the word. It applies more broadly to public institutions and organs of state.[18]

COULD THE BIOWATCH PRINCIPLE BE APPLICABLE BETWEEN TWO PRIVATE PARTIES IN LITIGATION?

In the Biowatch judgment, Sachs J stated that ‘…constitutional issues cannot be expected to arise frequently in cases where the state is not a party. But from time to time they will come to the fore.’

This was the case in Barkhuizen v Napier,[19] where a motorist was pursuing a claim against a private insurance company to overturn a decision given against him in the High Court and the Supreme Court of Appeal respectively. The Constitutional Court held that justice and fairness require that an order of costs should not be made because the applicant had raised important constitutional issues relating to the proper approach to constitutional challenges to contractual terms. The issues raised were beneficial to all those who are involved in contractual relationships.[20]

Thus, it can be assumed that the principles in Biowatch could be applied to civil litigation between two private parties if the matter involves legitimate constitutional issues.

From the above discussion, it can be seen that the above principles espoused in the Biowatch case have provided much needed elaboration on section 34 of the Bill of Rights which speaks to the constitutional right to access a fair public hearing before a court. Litigants may now bring matters against the state, public institutions, and even private entities or individuals to vindicate their constitutional rights.  Even though
Sachs J stated that courts should not give attention to the status of the litigants when granting cost orders, the result of the judgment has been that those individuals with a less wealthy status may be more inclined to approach the courts to try to protect their constitutional rights because there is less of a fear of adverse cost orders. This is a small but important victory in promoting the rule of law, the constitutional right to access to courts, and the project of building a constitutional democracy.

[14] It is important to note that the principle in Affordable Medicines does not extend to constitutional litigation between private parties. 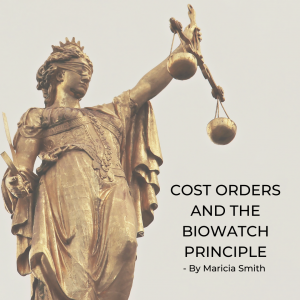 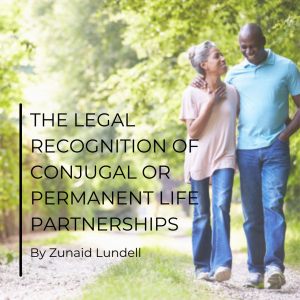